Kay brought back for me  from Berlin a bottle of ratafia. What’s that you may say? Well, ratafia is a generic name for grape brandy mixed with grape (or apple) juice and flavoured with spices, fruits or herbs. There are versions in Burgundy, Armagnac, Spain, Italy and elsewhere. Not excepting Germany. This particular ratafia is infused with flowers (dahlias in fact) grown in the garden of Expressionist painter Emil Nolde’s garden and transformed into an aromatic liqueur by Martina Kabitzsc of Manufaktur von Blythen in Berlin. 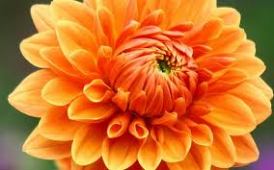 Very good with sparkling wine said the Museum. So we tried. You need a brut or sauvage wine since the liqueur is pretty sweet. The end result is like a Kir Royale (but orange and dahlia flavoured rather than blackcurrant flavoured). We used Bernard-Massard’s Cuvée de l’Ecusson Brut from Luxembourg via Oddbins (or should that be the other way round?). Either way it’s fantastically good value at £10 and very well made. Méthode champenoise and plenty of prizes.

We’ve also used peach liqueur from Burgundy for Kir à la pêche but this version was spot on. Proportions are 6 of wine to 1 of liqueur (make sure both start  well-chilled), add ice and a slice of orange and you’re there. The taste has something of Campari’s seductive bitterness.

In Armagnac, it’s known as a pousse-rapière, which translates as ‘rapier thrust’ – presumably from its deadly effects.  There’s also a link here to the introduction of the rapier to France. Supposedly this deadly, light attack sword was brought back from Italy by Blaise de Monluc, Marshal of France, and his family now make an Armagnac-based liqueur called Pousse-Rapière at the family Château in the Gascon Hills.

The most common derivation for the word ratafia is from ‘Rata Fiat’ (let it be ratified in Latin) and corrupted to ratafia in a local Italian dialect. Other (French) sources suggest  tafia or tafiat – a word from Indian languages.  But whatever the language it’s well worth the tasting and not at all deadly.

This entry was posted in What I've been drinking and tagged kir, oddbins, sparkling wine, summer drinking. Bookmark the permalink.