Blog readers (thank you all) may remember that I wrote fairly recently about an excellent Pol Roger tasting given by Cassidy Dart in Cambridge.

Cassidy recently tasted some of the older Pol Roger wines as part of the launch activity for the latest 2002 vintage of their justly famed ‘Cuvée Sir Winston Churchill’ (an immediate sell-out) and I thought his informal notes were worth a post on their own – plus some added commentary from me. 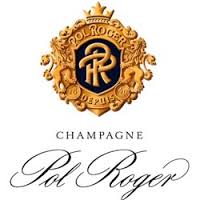 His three wines – lucky man! – were the 1892, the 1914 and the 1921. Of the 1892 – judged by many to be one of the great vintages of the nineteenth century – he writes that ‘It was colour of an old sauternes, but offered remarkable freshness and vinosity for a 123 year old wine’. He said that ‘there was a slight spritz rather than bubbles and it resembled a cross between a very old sauternes with an amontillado (though this was bottle aged oxidation)’.

Michael Broadbent’s note on the Perrier-Jouët 1892 (in Vintage Wine, 2002) said that the better of the two wines he tasted had a ‘low-keyed but lovely straw bouquet’ and resembled ‘an old white burgundy with a prickle at its edge’.

Cassidy reckoned that the dosage on the Pol Roger 1892 was quite high – perhaps 50-60 grams. Neither Dominic Petit (the Chef de Caves at Pol) nor Christian Pol Roger knew for sure whether the wine had had cognac added at the time of disgorgement around 100 years ago, though they thought it probably hadn’t. This wine had certainly been an ‘off-dry’ wine when produced, which suggests that it was going against the predominant British taste of the time. Ridley’s Wine and Spirit Circular wrote in 1892 that ‘of late years, needless to say, the taste for dry Champagne has become a kind of cult with us, and the rich and syrupy Wines no longer “go down” British throats to the detriment of British stomachs.’ Their view was that 2.5%-3% was then standard for the British market – ie around 25-40 grams of sugar per litre.

An article by George Harley in Contemporary Review in July 1896 made the same point, explaining that ‘Brut Wine is simply one to which no sugar is added before its shipment and it needs a very limited acquaintance of the Trade to know that it is only the finest and best matured Wines – such as the best 1892’s for example which can be appreciated in this way.’

A circular from Jules Binet & Co printed in Ridley’s Wine and Spirit Circular in late 1892 said that that the 1892 vintage was ‘exactly what will be wanted for the English market [since] the wines are naturally nearly as dark as the 1874 and they will be full of fruit, delicacy, vinosity and body’ but from the trade press it generally appeared to be seen at the time as a good rather than great vintage. However, soon after it was released in 1895 it very quickly took hold of the public favour. Moët & Chandon 1892 was priced at 78s a dozen by June 1895 versus 114s a dozen for the 1884s and by April 1896, Ridley’s was saying that the 1892s had ‘boomed’ and that it ‘now bids fair to rank as one of the most popular Vintages of the century’. 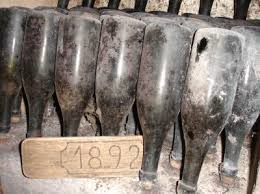 Two months later the journal went further, saying that the 1892s were as good as the 1870 and 1868 vintage, adding that ‘we omit advisedly the 1874’s, which, although ripe, were always on the coarse side, and engendered a taste for this class of Wine which could afterwards only be secured by a too severe pressing of the red grapes, and which was, perhaps, one of the worst enemies the Champagne Trade ever had to contend with.’

The Pommery 1874 was the first champagne to be ‘officiellement millesimé’ (ie shipped as a vintage) and 1874 very rapidly became a ‘mythic’ vintage. It was a very hot year and the grapes were so ripe and full of sugar that it could be shipped with no added sugar (ie a ‘zero dosage’ wine). Its price rose fast and it was the subject of many attempts to counterfeit labels, corks and wine (another subject for another day). However, by the 1890s the taste had moved away from such very ripe and high-coloured wines and the 1892’s combination of firmness and delicacy set the standard for the later1890s and 1900s.

The other interesting thing about the 1892 is that it may have been the first wine to be regarded as an investment wine. There were Moët ads in the Times in September 1905 saying that their 1892 wine was 84s per dozen in 1896 (so a fairly instantaneous price rise from the original 78s) and had now reached around 150s, which the Moët ad reckoned was just under 7% at compound interest (and significantly better than 4% compound in ‘consols’ which would have brought 119s). They went on to say that ‘Moet’s Dry Imperial, 1900, is an even finer Wine than the ’92, and will doubtless prove as a profitable an investment. And to buy Champagne is safer than to buy Consols for Consols may fall in price, but good Champagne must rise inevitably in value.’ Ridley’s was dubious suggesting (in their best Financial Conduct Authority mode) that prices do fall and Consols don’t become ‘ullaged or corky’.

The subsequent 1914 and 1921 were drier – says Cassidy – though perhaps not as dry as now (I think dosage somewhere between 10 and 20 grams)’ He adds that ‘the 1921 must rank as the greatest Champagne I have ever drunk with wonderful freshness, power and complexity and length’. Michael Broadbent in Vintage Wine also has a highly approving note on the Pol Roger 1914 and several notes on the Pol Roger 1921; two very positive, two less so. His note on the finest 1921 says ‘pale gold, no mousse; a sweet, creamy, harmonious bouquet with a whiff of coffee […] glorious flavour and excellent acidity’. It was, he said, the ‘best-ever 21’.

This entry was posted in The Miscellany and tagged 1892, Pol Roger. Bookmark the permalink.