An Age UK study, released today (8 August 2013) has raised concerns that too many over-65s are drinking to excess. Many of the over-65s interviewed, however, did not see a particular problem. Drinking helped them relax, made it easier to socialise, and, in their view, wasn’t much of a problem so long as they weren’t out of control in any way.

Francis Anstie, the Victorian doctor whose 1877 book On the Uses of Wines in Health and Disease, I was reading yesterday might have shared their view.  He was concerned about the ‘grave danger’ of excessive drinking caused, in his view, by the “multiplication of alcoholic drinks, with different flavours, each tempting in its turn” and by the lack of accurate label information on the strength of drinks.  However, he was also determined (perhaps in the face of a temperance threat) “to demonstrate the prominent fitness of wine, above all other alcoholic drinks” as a remedy for a wide range of illnesses.

A bottle a day of ‘light wine’ was his recommended daily maximum for any “vigorous and actively employed adult”. Claret was his suggestion, since it was light in alcohol, kept its flavour when diluted with water, cost 1s a bottle for “an admirably sound ordinary Bordeaux” and gave “unwearied pleasure” to the palate. Rhine wines were equally good but nearly double the price.

Port and sherry (“highly etherized wines, which are at the same time of rather high alcoholic strength”) were prescribed by Dr Anstie for cerebral or cardiac exhaustion. He –and other physicians at the Westminster Hospital – had had great success with “a very splendid old sherry, of which the Duke of Northumberland presented a large quantity to the hospital”. They were convinced, he said, that “the influence of such a liquor is something entirely distinct from that of its mere alcohol.”

He had recommendations Beaune (increasing appetite) and Greek wines (“chronic pseudo-dysentery” in children and champagne. The latter was ideal for treating fevers and inflammation of throat or stomach. Its light alcoholic strength and the presence of carbonic acid enabled it to be tolerated by those of weak digestion and it was often given to patients who take no other sustenance.  The infamous Balham Mystery of 1876 – just who was it who poisoned Charles Bravo with antimony – has many fascinating details about the drinking habits of a “liberally conducted” establishment (the butler’s words”) but here it’s enough to say that in the first days after the poison was administered, the doctor’s prescription was milk and champagne, for those were the only things he could keep down. 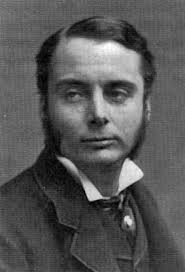 However, the older you were the more you should consider stronger wines such as port and sherry  which tended to “produce tranquil and prolonged sleep in aged persons”. He felt that in older  patients who had passed the ‘great climacteric’ (younger than I am) there was  less “danger to character” and that fading strength might be “husbanded and fortified by an almost exclusively alcoholic diet” of perhaps a pint or more of sherry per day. The dying Bishop Grantly (in Anthony Trollope’s The Warden, 1855) is kept alive just a little too long by the “sustaining modicum” of daily Madeira that his son administers. By the time he dies the Government has fallen and preferment goes to the Evangelical Bishop Proudie and his scheming wife, aided and abetted by the oleaginous Obadiah Slope.

Bishop Grantly’s grandson, however, was clearly a follower of Anstie. He shocks his bon viveur  father by refraining from port and sticking with claret. Perhaps I’ll do that for the time being.

This entry was posted in On this day and tagged champagne, madeira, medicine, port, sherry, trollope. Bookmark the permalink.