Over a hundred years ago, my grandmother (then in her early 20s) was taken on to work at the Prudential Insurance Company’s Head Office in London. Men and women were on separate floors and her main memory was that many of the girls working there kept long white gloves in their desk drawers so that they could head straight out in the evening after work. Incidentally, there was a ‘language’ of gloves just as there was a language of fans. Holding the tips of the gloves downward meant ‘I wish to make your acquaintance’. 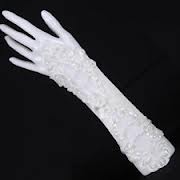 Anyway, working last week in the Diaego archives in Scotland I was asked whether there was any evidence that Gilbey’s, the powerhouse wine retailer of the 19th century (who were selling at one point nearly one bottle in twelve of all wine consumed in the UK) employed women. I had to say no. The list of employees was resolutely male right throughout the 19th century.

The Partners had concluded in January 1886 that “the subject to female labour in the Pantheon office (their Oxford Street HQ in London) was mentioned and thought feasible but referred to a future committee” but that committee had not materialised (nor any female staff) by the early 20th century.

A memo to their thousands of UK agents in the mid-1890s did suggest that women should be employed – if suitable retired post masters, police officers or respectable working men did not present themselves – to address the company’s  regular series of ‘Circulars’ to its customers. Their view was that “so far as the addressing of Circulars is concerned our own experience is that girls are far more reliable than men and write more nearly and accurately”. And the killer point? “In addition to which female labour is more economical.”  History does not record if the Agents followed this advice.

I don’t know when Gilbey’s finally got round to employing women. It was not one of the Wine Trade’s strengths – except where adverts were concerned. 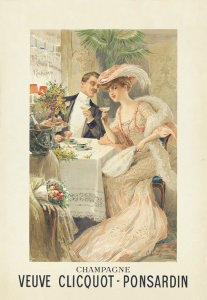 The champagne trade did have formidable and successful women  owning and running companies. Such was the fame of Veuve Clicquot or Veuve Pommery that when an enterprising English entrepreneur set up his own champagne label he called it ‘Veuve Monnier’. It did extremely well in the ‘blind’ tastings he ran but was bankrupt within a year. I haven’t yet tracked down a label.

Diageo themselves now have their ‘Spirited Women’ network designed as a ‘catalyst for change’ in the workplace. Things have changed – and for the better.

This entry was posted in The Miscellany and tagged advertising, champagne, women. Bookmark the permalink.

One response to “Women in wine|the 19th century”